A few thoughts on a different perspective on government interventions over the years, occupied my mind over the past few days. I kept reflecting on what governments actually seek to achieve with some interventions they introduce at a certain levels of our educational ladder.

Even though I passed a teaser on this very subject a couple of days ago, I see it a duty to ensure that I expand my thoughts to cover all the angles that I deem appropriate and to proceed to make some inputs in an attempt to help policy makers take into consideration, some very cogent issues of significance in designing, developing and implementing of policies for the people they are charged to take care of.

While government efforts are mainly targeted at public schools, are the eventual beneficiaries those who stayed true to the public education system from the basic levels to the University levels? In my candid view, the answer is NO.

My answer is not to say that those who are the eventual beneficiaries do not deserve same, neither am I implying that they are less citizens to those who chose the public means of education. Rather, since all government efforts, and especially, interventions are only limited to public institutions, it is important to examine how those who remained committed to the public structure of education are cushioned to the end, in order for them to obtain the status the system assumed to want to create for them. 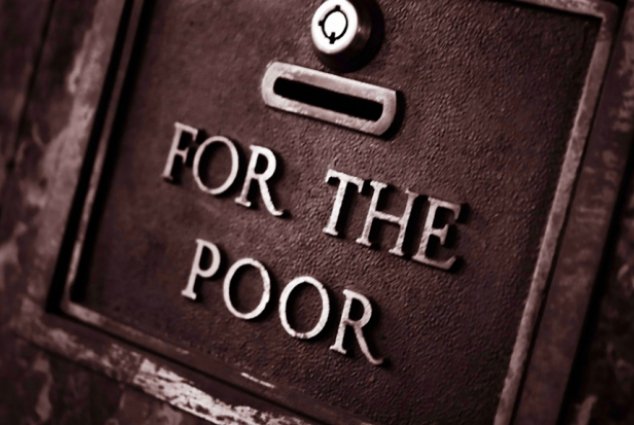 Our society is structured in a way that the poor, the very vulnerable in society whom politicians cite in society as their very core for their quest for power, are left out as one climbs the social ladder. It remains a fact that political power and the struggle for its control, is mainly waged on the number of people who have been left out of the government’s social basket. However, they do not even get enough of what their predicament had blessed governments with over the years.

In the educational sector for instance, the very poor are left with only public basic schools. At that stage, the rich, those who see these schools to be substandard, move their wards to private institutions from early childhood to Junior High Schools. They believe that their children, so long as they can afford, must receive the best of basic training.

To this end, some parents are paying school fees of their children in primary schools equivalent and in some cases, higher than the university fees of their brothers and sisters. Based on the same system and its structure, the poor who have used the public means of education to the Junior High School have had to battle for placement into public Senior High Schools since they have proven to be the best so far.

If you count the top 10 Senior High Schools in Ghana you would have at least 8, being public schools. This means that children of the rich, those who were trained by private hands, would have upper hands, and qualify for placement into these top public schools.

In the end, the tables turn. The rich, who could afford private education, are able to push aside, the poor and vulnerable who used public education as their only means of education, and, without the possibility of paying for fees in the private Senior High Schools left in the system, out of education, ruining their future forever.

That is not all, this struggle continues into the public universities where the rich, those who could afford private education for their kids, for the fact that they managed to push out the poor from the Senior High level, are those who are able to gain admissions into these public universities, leaving the private ones for the poor as well as the rich who could not either make the grades or gain access, for another social battle and eventually, pushing out the few poor who should have made it.

Our social structure is able to identify problems of the poor, the very vehicles that are used to enhance the welfare of the rich at the detriment of those whose states are used for power.

In an attempt to examine the entire idea presented in the preceding paragraphs, we can begin by importing the intention of government’s introduction of Free Senior High School, a policy we are told, is targeted at the poor and vulnerable, with the sole aim of taking off burden from parents of these youngsters. It is important to realize that the very system that is put in place for the education of the poor, ends up pushing them out of the system.

For instance, a school child who, for the fact that he used the public system of education to Junior High School, but who was unable to make the grades that qualified him or her getting catered for by the state, and who would have no means of paying for private education, would have been pushed out of the system simply because, his or her counterparts from private institutions have made the grades and have taken his or her place at the level where government’s intervention for him or her is mostly required.

The rich, those who used the private system, and whose parents have proven to have the wherewithal to fend for their wards, rather take the place of the poor and benefit from what they do not really need to gain a status in society. In the end, the policy intervention of government has not reached its destination, but rather, implemented behind a clause that disqualifies automatically, those for whom the policy was designed and implemented.

Quite an interesting world we have designed for ourselves. A system that is engineered on the problems of the poor but whose implementation does not seem to have a direct bearing on their very livelihoods.

If we must make progress in ensuring that whatever we designed to cushion the poor actually gets to them, we must ensure that interventions put in place motivate the very people for whom we design them. There must be a clear protection for those whom public sector policies are designed for.

One does not require an aggregate 8 or better to be able to make great grades and pass out as an excellent student from the University. There are those whose lower level results were never strong based on the foundation they had, but who kept improving at every stage of the educational ladder on any opportunity offered to enable them prove themselves.

Government interventions cannot eventually push out the poor and replace them with the rich in society. This phenomenon widens the gap, and brings into force, the saying that “the rich shall always get richer while the poor, poorer”.

Any society that develops on that basis is not without high crime. Every human being must eat, cloth, and have access to shelter. Where a clear policy sidelines a section, they would make every effort to fit into that society, putting in danger, the lives of individuals who ought to have their peace of mind, had opportunities been given such individuals to also gain some appreciable levels of status in society.

Let us all, as a nation, begin looking at best ways of targeting policies to reach those who require it, while making available, access to those who are able to afford, to do so for a better society that safeguards the integrity and safety of all.